Got frustrated with the bore well drillers - what kind of service is this?

After waiting for long time, we had finalized to get the bore well done. We contacted the bore well drillers and got the date of 8-Jun-2012. We had given advance money as well.

Ultimately I was so frustrated at 7.00 PM because since morning we were waiting for him, not only me but my neighbors too but this guy didn't so up.

This raises one point that I was noticing for last several years living in Hyderabad. Getting service in Hyderabad is very tough and frustrating. Most of the service providers (hopefully some might be good and I want to get in touch with those guys only) doesn't have ethics, value of words etc. They just keep making false promises.

I have felt this not only this time but many other times when I try to get some services like Plumbing, Carpenter, Car etc. 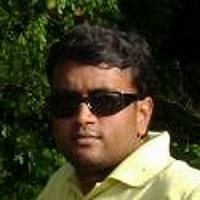 This is Sheo Narayan, a software professional by profession and now a farmer too ! This is my farm website. Please visit my virtual farm and and leave your feedback or suggestions. Thanks